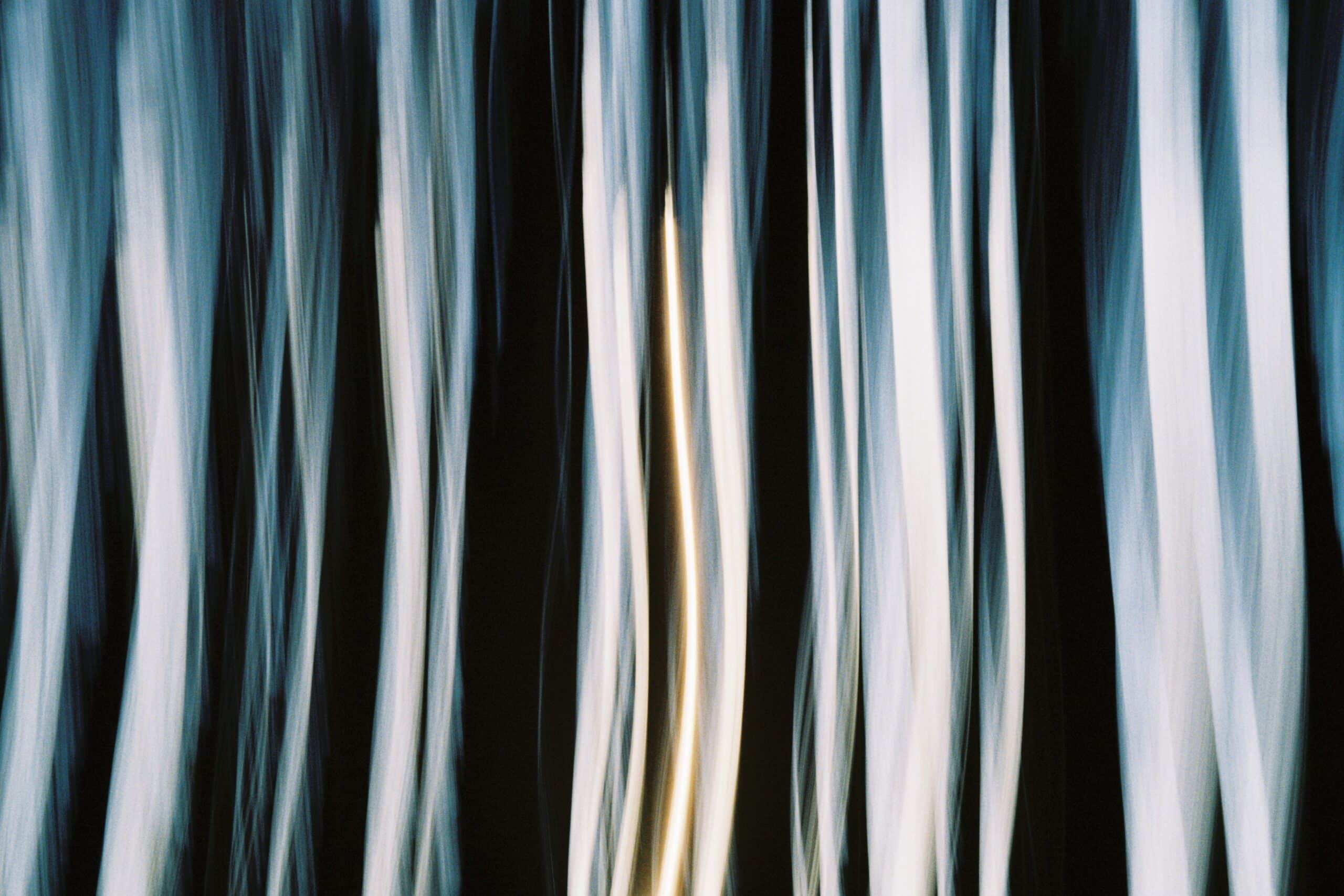 By Patrick NewnhamMay 8, 2022No Comments

Recently I rediscovered film photography.  For my first year at university, I exclusively shot black and white film, which was completely new to me and archaic given that the digital movement was in full swing and I was used to shooting on a state of the art 6.3 megapixel DSLR!  The film camera I was using was pretty state of the art too since it was fully automatic, but there was no option to review the images whilst “on the job”, you had to wait until you were in the depths of the darkroom until you could realize the errors you had made!

Fast forward nearly 10 years and I’m suddenly being drawn back into the now ancient practice of analogue photography.  The digital era has exploded and the level of sophistication in the cameras is astounding.  So why regress?  In this post, I want to discuss why I shoot film, what its benefits are, and why you might consider the use of analogue film as part of your wedding coverage. It slows you down and costs you money. In a generation of excess, our freewheeling brains need to be reined in. Historical patterns show that the more Tik-Toks and short-form content (ie – catering to short attention spans) there is entering the arena, the more room is then created for long-form content, and things warranting pause and stillness, as we collectively look for a space to make us feel something again.

When something forces you to respond slowly and consider the cost, the by-product of that is that you give yourself to the medium more. Where there are tonnes of advantages in firing off thousands of frames on digital, there are just as many advantages to having the costly walls of constraint around us (constraint being the only truly useful tool in creativity that continues to stand the test of time).

I currently use three film cameras, a Pentax ME Super from the ’70s, a Kiev 80 from 1979 and a Zeiss Ikon Ikoflex from the ’40s.  I could bore you with the technical aspects of each, but the attraction of them is that they aren’t very technical, yet require so much effort.  They all come from a time before picture-taking had morphed into a means for social approval, a time when photography was about narrative, drama, and tension.  They are tools that require the user to be fully involved in both the process and the subject.  Nothing about them is instant!  I liken it to driving a classic car.  They are often impractical, harder to use, and there’s more that can go wrong, yet there is a je ne sais quoi that is hugely alluring and keeps you going back for more. 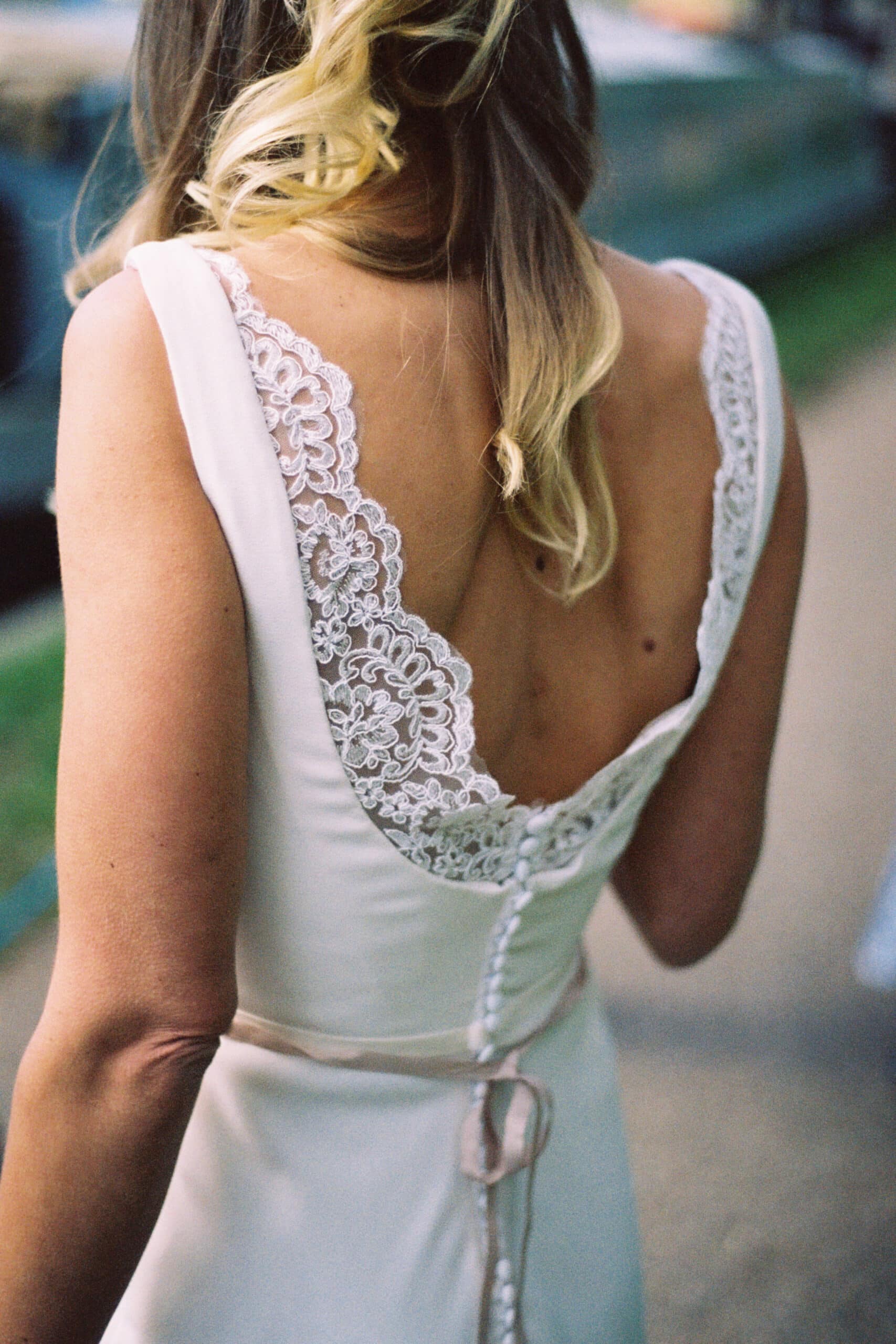 People throw the whole timeless thing around in association with analogue film, but I think that only really holds true for black and white film and even then, editing software is ever-evolving and getting better at mimicking film.  It’s ironic that there’s a desire to get the “film look” with modern digital cameras, it reinforces the message that there is something unique about the results!

The sheer variety of looks in analog film stocks, lenses, and camera bodies is staggering, and each link in the chain imparts its own little flavour on the end look of the image.

So for me, shooting analog film is less about timelessness and more about variety. 3: The experience of the subject

In my own tests, shooting analogue film is an objectively better experience for the person in front of the camera – if for nothing else, because we’re slipping into a loss of generational memory of those old cameras: and so these crazy old things bring on a strange sense of removed nostalgia and wonder, simply because it’s assumed that they’re just mantlepiece decorations, rather than fully capable image-making machines.

Having someone use an archaic piece of engineering with all the romance of a past craft makes them feel valued in a totally different way. Even if the whole shoot isn’t being done on film, having some gear in the bag to switch things up can completely change the tone of the shoot.  Quite often when people see me using an analogue camera, they will refer to it as a “real camera” and are generally much more open to the experience of having their photo taken.

Typically, there are two main approaches that a photographer will take when choosing to use film as well as digital during a shoot, and they are either hybrid shooting, or independent shooting (I made that second label up, but I can’t think of another way to title it).

Hybrid film photography is when the photographer shoots analogue film, but aims to have the feel and tonality of the images completely in tune with the digital coverage. Often the aim of the preset applied to the digital images is to have them look as close as possible to the film ones. In this way, hybrid shooting is a process-based approach to film photography, rather than an output-based approach: which is to say that it’s used mainly to provide variety to the photographer, rather than to the couple. This is not how I shoot film.

Independent shooting is when the differences in the two mediums are celebrated, and no effort is made to create consistency between the digital images and the analogue images, meaning that the photographer gets to enjoy the process of shooting with different cameras, as well as providing something unique to the couple, and extra variety in the images they receive. This is how I choose to shoot film. 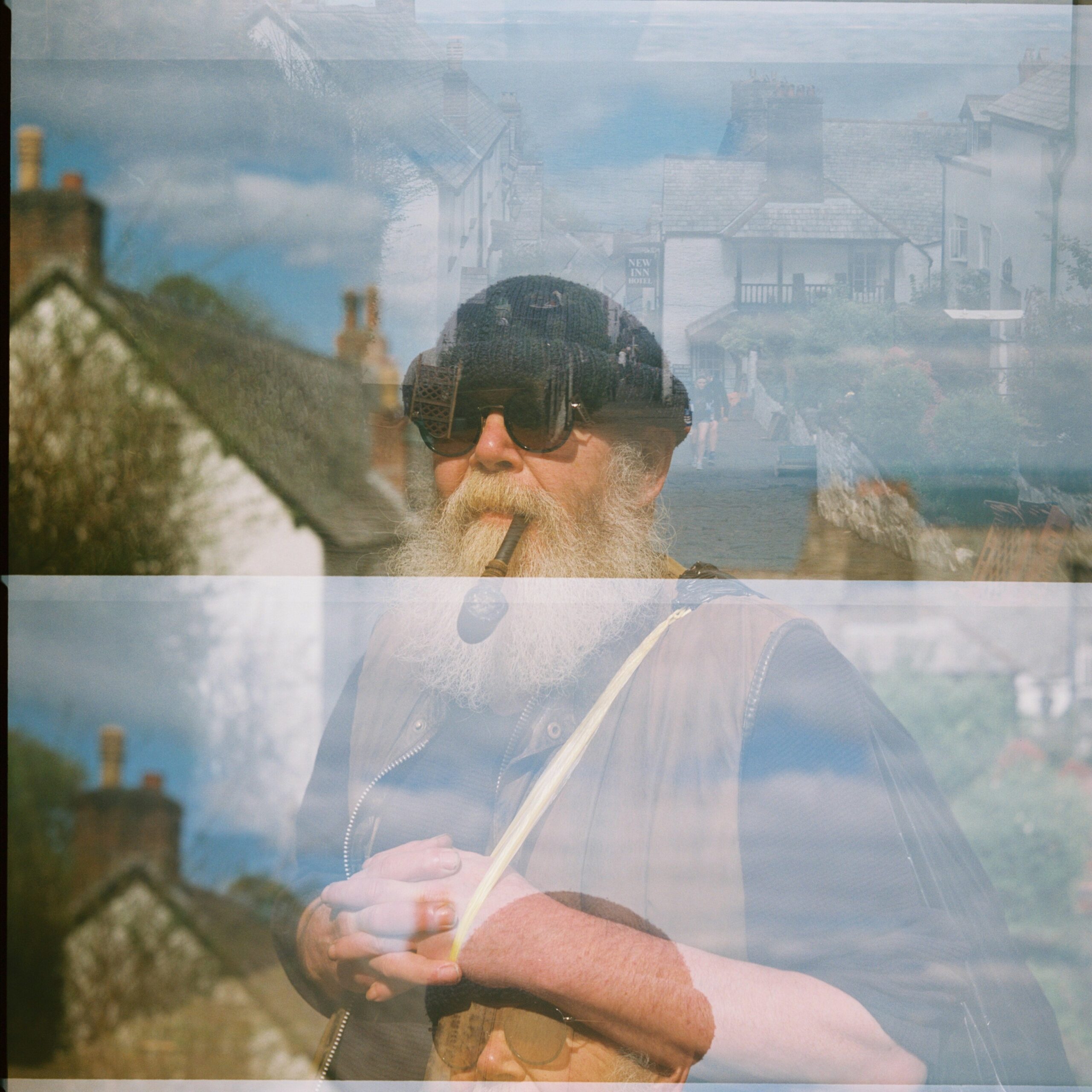 The shot was a mistake as there was an issue with the film advance on my camera, but the outcome is totally unique and visually fascinating.

Keeping both mediums separate when shooting is my preferred approach, and this is why: over the last 100 years, we’ve had hundreds of beautiful, differing formats used to create images. Different analogue film stocks, and different lenses that all interpret light and render a scene, differently. I think those differences should be celebrated. It also keeps me more entertained pushing to find the deeper uniqueness of a particular format, rather than agonising over getting a perfect match between analog and digital, which for me, defeats the purpose of enjoying analog film as a medium.  Often the results can’t be predicted and won’t be discovered until you receive the film back from the developers, sometimes it’s user error, sometimes it’s equipment, and sometimes it’s an educated risk, but there can be immense beauty found in the “imperfect”.

Mixing things up is probably the number one reason why I shoot analogue film at weddings.

I don’t necessarily think consistency is overrated, but I do think surprise and intrigue is underrated. And as a film wedding photographer, there’s no greater joy than delivering a set of images where couples get the chance to swoon over that sprinkle of images that seem to just have something… else, to them.

Sure, I could go into all the impractical bits of it, but for me, they’re joys. The only prolonged implication of shooting this stuff is that it costs. It’s easy enough to throw in a roll here and there, but with analogue film and developing costs, we’re looking at about £70 for a couple of rolls – or about £3 per shot.

That’s fine when it’s a small part of the shoot, but a full-day analog wedding shooting only film can run past £1500 in film and developing costs alone very quickly, and that’s where it has to be considered as an add-on, rather than something that can be thrown in. 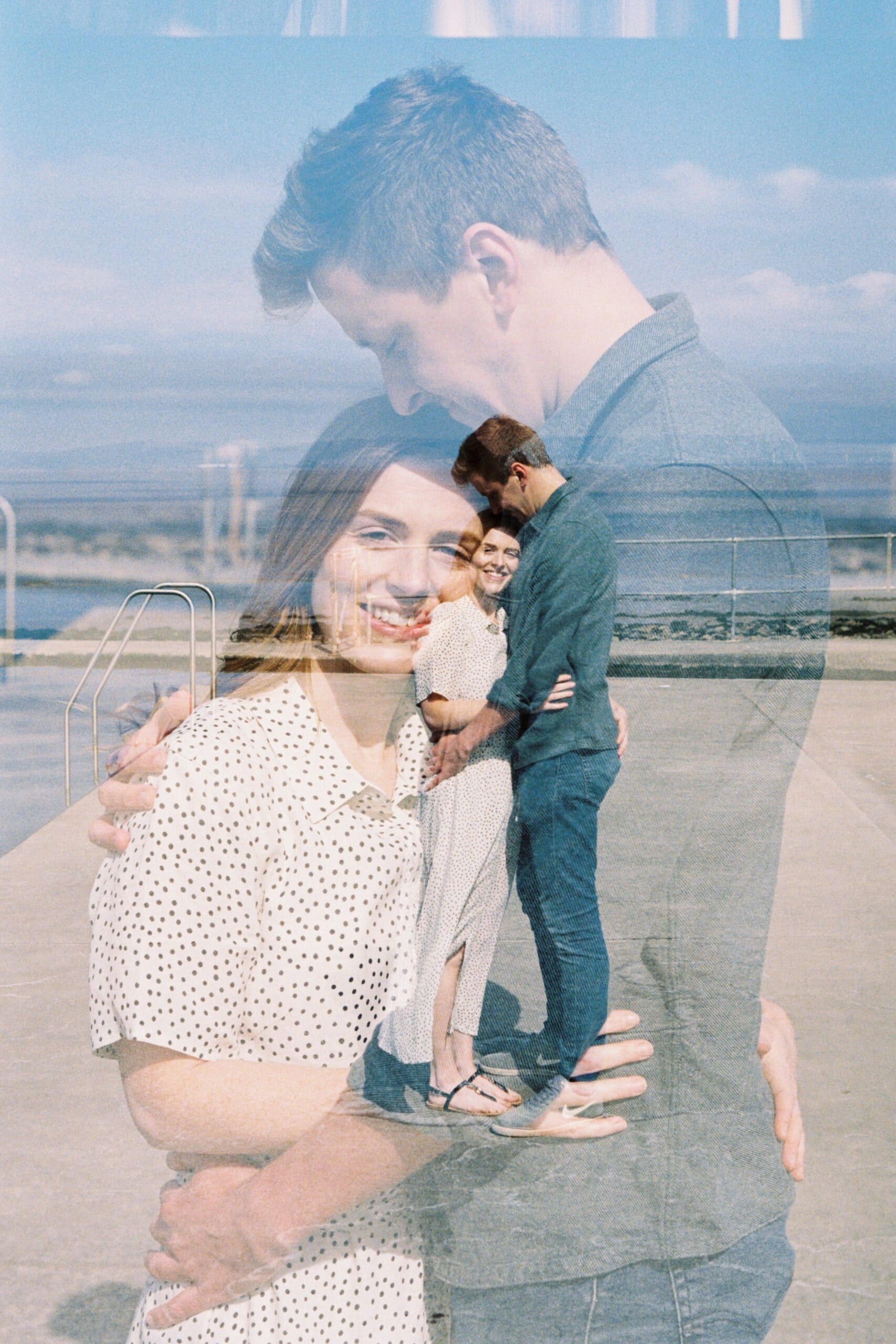 The film photography gear I use currently:

My go-to 35mm film camera!  It’s manual focus, so not ideal for moving shots unless I am happy for motion in the image.  I was gifted this camera many years ago, but unfortunately, I can’t remember who gave it to me.  It’s small enough and robust enough that you can chuck it in a pocket and not worry about it.  As it’s 35mm, you get more shots for your money, so it’s also the camera I tend to go to for family shots. I don’t know the exact date of this camera, but I believe it to be from the ’40s.  It’s known as a twin lens reflex and uses medium format 120 film, which is essentially a bigger negative allowing for greater detail.  I inherited this from my wife’s grandfather, it had sat on a shelf for many many years and was in a well-used condition, so the expectation was that it wouldn’t work.  However, I’m pleased to report that it does!  It’s a fully manual camera, so each image is more time consuming as I have to take a meter reading for each situation, but the results are worth the wait! My most recent purchase, a SLR medium format camera made in an arms factory in Ukraine in 1979.  I tell you this, because it’s built like a bomb!  The workmanship on these is renowned for being questionable, but when it is working, the results are stunning.  There’s a certain look to medium format, an amazing depth of field, stunning quality to the image and the classic square image.  It’s fully manual like the Ikoflex, but weighs twice the amount. If you are interested in film photography for your wedding then please get in touch and let’s chat about how we can make it happen.  Or if you just want to geek out and tell me about your cameras then I’d love to hear from you! How to hold your wedding bouquet! 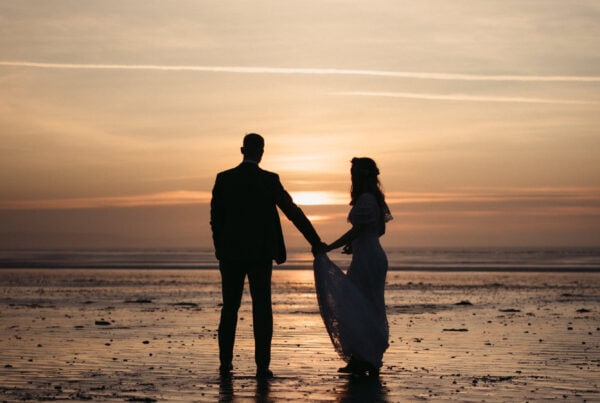